An upcoming trap rapper simply identified as Bugzydvinci on Instagram has taken to the platform to call out out the Eastern rapper, Phyno for jacking his style.

Bugzydvinci said Phyno plagiarized his slang ‘FuoAnwuru’ and tweaked it to ‘Fuwa’. Recall in 2016 Phyno was implicated in a song theft accusation involving Pia Mia over the song ‘I’m A Fan’. 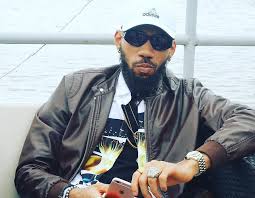 Bugzydvinci has gone berserk on Instagram dragging out Phyno for filth with several post. He shaded the rapper saying he went gospel then he had to steal his stuff to revive hip hop in him.

Here are some disturbing statements Bugzydvinci made about Phyno on his Instagram;