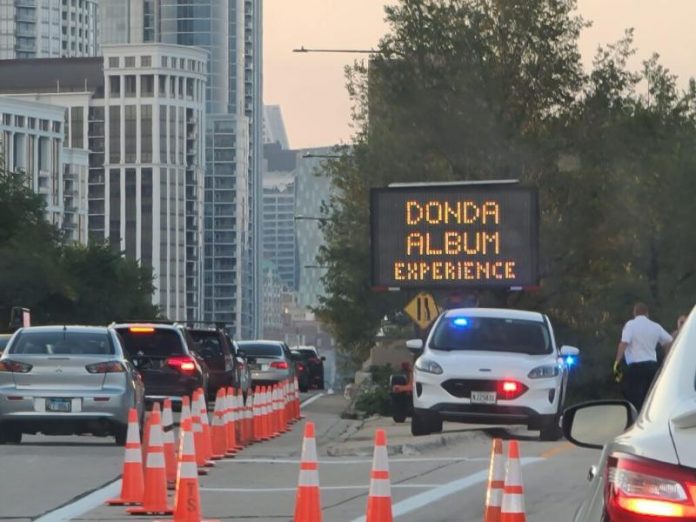 After weeks of teasing and multiple public listening sessions, Kanye West, the US rapper, has finally come through with ‘Donda’, his highly anticipated album.

Def Jam recording, a US mega distribution company, announced the release of the body of work in the early hours of Sunday, without prior notification.

‘Donda’, West’s tenth studio album, was released under the auspices of Good Music, the singer’s record label, and distributed by Def Jam recordings, a prominent US distribution company.

The 27-track body of work, which comes after the success recorded by ‘Jesus is King‘ (2019), West’s gospel-like ninth album, is named after Donda West, the ‘Ye’ rapper’s late mother.

Prior to the release of the project, Kanye had announced that it was scheduled to go up on July 24, 2020, but was later delayed indefinitely.

August 6 and 15 were also set as the date to release the project but it never came through.

On July 22, the ‘Jesus Walks’ crooner held a listening party for the album, titled ‘Kanye West Presents: A Donda Listening Event’, at the Mercedes-Benz Stadium in the United States.

A second listening party for the project took place at the same stadium on August 5.

The father of four later announced another listening party — which was held on August 26 — at Soldier Field in Chicago, titled ‘Kanye West Presents: The Donda Album Experience’.

The album comes a few days after West filed for his name to be officially changed to ‘Ye’.