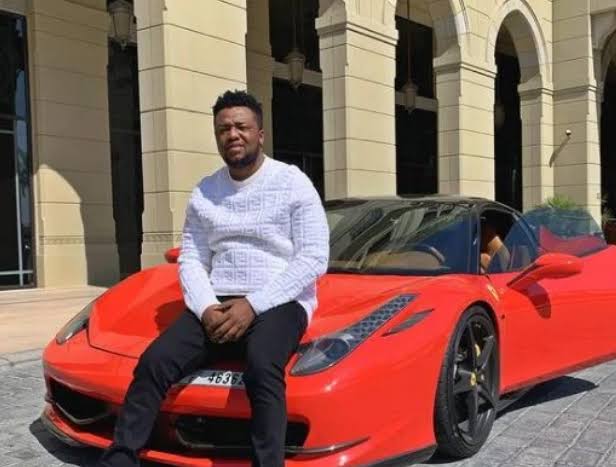 Sikiru ‘Pac’ Adekoya, one of the suspects arrested with Hushpuppi, the embattled Nigerian socialite, says some of the items flaunted on the Instagram celebrity’s page were gotten on loan from brands.

Pac spoke in an interview with Bloomberg, a top US-based media outlet, wherein he reflected on his stint with the Instagram celebrity in Dubai and his eventual return to Nigeria.

Hushpuppi is known for his luxury lifestyle, which sees him flaunt expensive vehicles, dine with celebrities, and spread pictures of his glamorous home’s state-of-the-art furniture on social media.

His Instagram page, which boasts of 2.5 million followers, consists of posts of him posing all over the world with luxury bags, a fleet of Rolls Royce’s, private jets, helicopters, yachts, posh watches, and also chilling in five-star hotels.

But in June last year, the Instagram sensation was arrested in the United Arab Emirates (UAE) alongside 11 of his associates over allegations bordering on hacking, impersonation, scamming, banking fraud, and identity theft.

Following his arrest, the self-acclaimed influencer was accused of defrauding 1.9 million victims to the tune of N168 billion and extradited to the US to continue his trial.

The socialite was initially arraigned and detained at the Metropolitan Correctional Center (MCC) in Chicago following a delay in his trial due to the coronavirus pandemic.

But according to Pac, Hushpuppi’s popular presence on social media was aided by his ability to get some of the expensive items he shows off on his handles on loan.

“Pac told me that at least some of what Abbas showed off on social media was loaned to him solely for his Instagram. How much of his Gucci lifestyle was on loan from various brands may end up a tangential subject in the trial,” Bloomberg wrote.

He, however, did not mention some of the items or the companies granting them to him on loan.

Mehita Iqani, a professor at the University of Witwatersrand in South Africa, said the revelation raises concerns about the lack of regard for ethics among brands when selecting influencers.

“It does raise a really important set of questions about the ethics of marketing and how that intersects with the rise of influencers,” Iqani said.

“What responsibility do they have to do due diligence when they are choosing or recruiting an influencer?”

Pac, who has since been released following their arrest, also revealed that Hushpuppi supported his move to the UAE after he lost his construction job in Nigeria.

He added that he was living with the embattled Instagram celebrity at his Dubai apartment while searching for a job before the police arrested them.

Pac, however, said since he returned to Nigeria, he has been struggling.

“I hardly eat now, hardly go out. At times I don’t have money to fill my car,” he said.