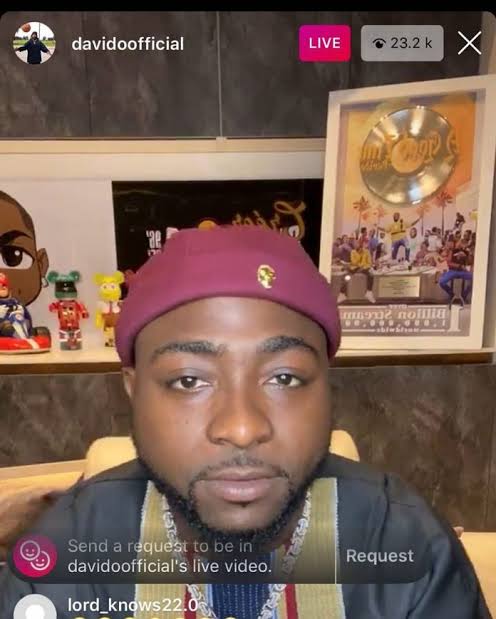 Nigerian Singer Davido has congratulated his colleagues in the Nigerian music industry who won awards at the 63rd Grammy Awards event which held last night.

Wizkid was awarded for his effort in Brown Skin Girl by Beyonce, Blue Ivy and St Jhn which is from Beyonce’s Lion King: The Gift album.

To celebrate Wizkid and Burna Boy, Davido took to social media where he declared their win as a victory for Nigeria. 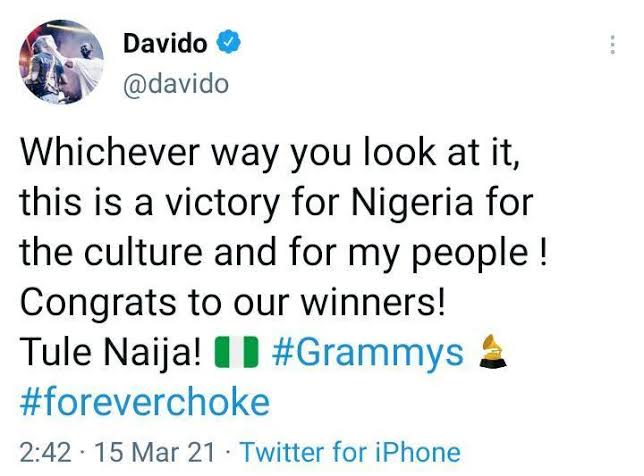