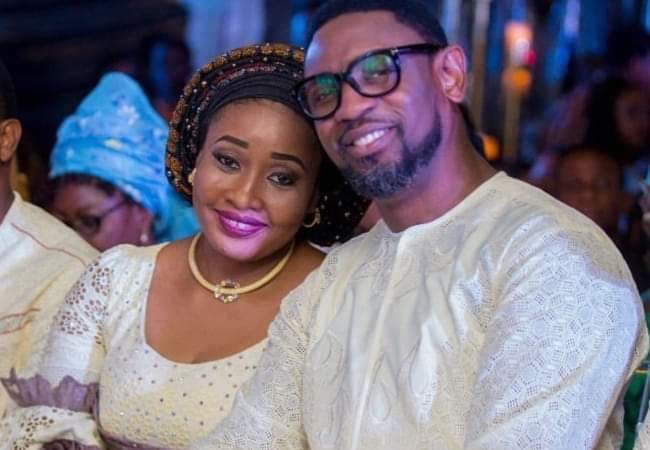 Unconfirmed report reaching Naijashowbiz indicates that embattled Senior Pastor of the Commonwealth of Zion Assembly, (COZA( Pastor Abiodun Fatoyinbo has stepped down as the presiding officer of the church.

The report says the Pastor Fatoyinbo has given the elders the mandate to handle the matter.

Earlier today, the pastor when he mounted the pulpit said he was unhappy about the scandal rocking the church.

Fatoyinbo has been under pressure since Friday when Busola Dakolo, celebrity photographer, accused him of raping her as a teenager.

Although he denied the allegation, the pastor has been widely criticised, with some Nigerians on Twitter asking him to step down.

Protesters marched to his church in Lagos and Abuja on Sunday, mocking him and his members.

But the pastor asked his congregation not to be provoked as they make their way out of the church.

The service ended one hour earlier than usual, with many vacant seats at the church’s branch in Ikeja, Lagos.

Meanwhile, his wife Pastor Omodele Fatoyinbo, says her husband is not a rapist.

Mrs. Fatoyinbo said,“My husband is not a rapist. Even if he was not a believer, he would not be a rapist.”

Before she could complete her speech, however, her husband quickly grabbed the microphone and said, “the elders are handling the matter.” 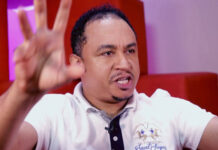 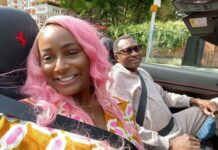 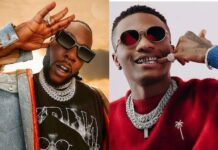