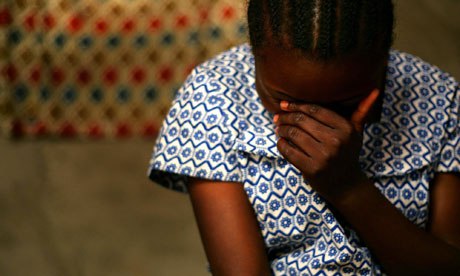 A Pastor with the Mountain of Fire and Miracle Church, Gwaripa Branch, Federal Capital Territory, Abuja has been arrested and kept in police custody for raping a 16-year old orphan severally and eventually impregnating her.

The 48-year old clergy named David Onyekachuku, from Nsukka, Enugu State was picked up by the Operatives of the National Agency for the Prohibition of Trafficking in Persons.

According to The Eagles Online, the suspect reportedly volunteered to provide shelter and also conduct deliverance on the girl after she was accused of witchcraft, but thereafter took advantage of her vulnerability and abused her sexually a number of times.

The victim, (name withheld) is a Junior Secondary School Student of one of the government schools in Abuja, suddenly dropped out of school and was in dire need of accommodation shortly after the death of her parents in 2018.


The Eagles Online reports that the randy Pastor, who lost his wife not long ago, was then leaving with her daughter in the same compound with the deceased parents in Karmo community in the suburb of Abuja, before volunteering to harbour her and assist her in her education so as to give her a fulfilled life.

During interrogation, Onyekachuku confessed to have sexually abused the girl only twice and attributing the evil act to the “work of the devil”. “After the deliverance, she has no place to stay, I then took her to live with me and my daughter,” the randy Clergyman confessed.