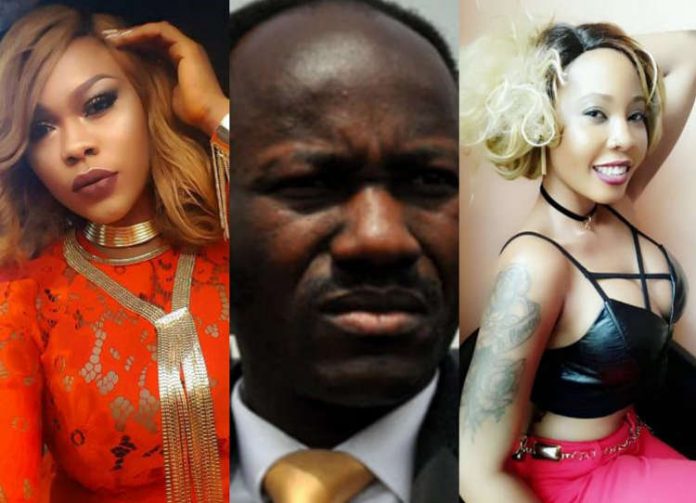 Relatively unknown Apostle Johnson Suleman, of Omega Fire Ministries, shot into celebrity status after condemning what he considered to be Kaduna State Governor Nasir el-Rufai’s anti-preaching law. He allegedly asked Christians in Kaduna State to defend themselves when attacked.

Self-defence, by the way, is the right for one to protect one’s person, family, and property, from harm by an aggressor. Self-defence is acceptable, where “the defendant (is) free from fault… (has) no convenient mode of escape or retreat by declining combat… (and) there (is) a present impending peril… real or apparent.”

Adam Smith, who probably doesn’t agree with the principle of self-defence, observes: “As the violation of justice is what men will never submit to from one another… civil society would become a scene of bloodshed and disorder, every man avenging himself… whenever he fancied he was injured.”

Attempts by the Department of State Services operatives to arrest Apostle Suleman for his pronouncments, the night after he concluded a two-day crusade in Ado Ekiti, was foiled by the Ekiti State Governor, Ayodele Fayose, who evacuated him from a hotel room to the Ekiti State Government House.

Suleman disclosed, “I received several calls from hidden (telephone) numbers trying to locate where I was, and I had warned my security not to allow any Fulani man to come nearer (sic) me. So when the men of the DSS came in the middle of the night, I knew their mission, and I had to call the governor, because if they arrested me, they would put this country on fire.”

Suleman later honoured a DSS invitation in Abuja, was interrogated, and later allowed to go. Soon after that, Stephanie Otobo, a Nigerian, said to be resident in Canada, addressed a press conference. She painted lurid pictures of supposed trysts with the cleric, whose most private anatomy, she assayed to describe.

She alleged that Suleman promised to marry her, reneged after she got pregnant, and surreptitiously poured a substance into her drink, thereby causing her to lose the pregnancy. She claimed she bled for one year, though she doesn’t quite look as anaemic as someone with a prolonged issue of blood. But then, only a medical doctor can determine that.

In a petition, Stephanie asked the police to confirm Suleman’s money transfers into her bank account, as well as their Napoli rendezvous, by examining their travelling documents, which should (presumably) bear stamps of the same dates, at the same airport immigration points.

Stephanie’s claim that Suleman took drinks and gifts to her family house in Delta State for formal marriage introductions was denied by her father. Her mother has even gone to Suleman’s church to apologise for her daughter’s conduct.

Even before the mother’s public apology, Stephanie had changed her narrative, and claimed that the introduction was done in Suleman’s office. Well, most Nigerian cultures hold formal marriage introductions in the home, or venue chosen by the family, of the bride.

The purported tip-off that led to her alleged arrest while attempting to withdraw money from her bank account, and her arraignment, with an alleged accomplice, a certain Wisdom Godstime, at a Lagos Magistrate Court, for extortion, sounds more than a coincidence. The duo faced a four-count charge of terrorism, blackmail, and extortion, including threats to life.

If Suleman did not tip the police off, as claimed by Phrank Shuaibu, his media consultant, before Stephanie and Godstime were apprehended, why are the duo in court “with intent to blackmail a man of God, (and) unlawfully demanded the immediate payment of N500m to Stephanie, (to wit) by Apostle Johnson Suleman?”

And why, if true, did Shuaibu say Stephanie was “caught up by her own machinations, as she was arrested while trying to withdraw money paid into her account by the Church (which church?) in a sting operation conducted by the police?”

If Stephanie and Wisdom were alleged by the police to have attempted to extort money on February 14, were arrested on March 3, and released on bail of N100,000 on March 9, you might be justified to conclude that Stephanie’s petition of March 13, 2017, asking the police to check her claims against Suleman, was an afterthought.

In a drama-filled Victory Service, Suleman celebrated his victory over Stephanie. He told his jubilating congregation, “We are not fighting a physical battle, so you don’t expect the enemies (of the Christian gospel) to fold their hands while the fight is going on.”

He may be alluding to the Anti-Christ, who opposes or denies Jesus Christ, and acts as an antagonist of Christians. The church expects the Anti-Christ to fill the world with wickedness, though he will ultimately be conquered at the Second Coming of Jesus.

Apostle Paul said, in 2nd Timothy 3:12, “Indeed, all who desire to live a godly life in Christ Jesus will be persecuted.” Suleman explained that the scandal was aimed at destroying his marriage and reputation, because he spoke against the killing and persecution of Christians.

But soon after, another accusation came, from a faceless Queen Esther, a hooker, who claimed to have had a bout of “sexcapades” with Suleman. She refused to reveal her identity, only to later allege that el-Rufai had coerced her into making false accusations against Suleman.

Because there are a few loose ends in the whole saga, you could easily get the impression that somebody is trying to rope Governor el-Rufai into the matter, as a result of his previous altercation with Suleman. Shuaibu, who thinks el-Rufai is behind it all, may also think he is an agent of the Anti-christ.

In asking the governor to revoke the Religious Regulation Bill, Suleman, a former Muslim, had said: “I am saying this specifically to the Governor of Kaduna (State), revoke this law or die!”The bill, that replaces the 1984 Religious Regulation Act, requires Kaduna State chapters of Jama’atu Nasril Islam and Christian Association of Nigeria to keep records of mosques, churches and clergymen.”

The bill intends that government will issue licences, without which no one can preach; restrict religious music to homes, mosques, churches, and other such places; and discourage abusive language in religious recording.

Suleman’s recommendation that the bill, which addresses Islam and Christianity, should apply to other religions, is valid. Many believe that there is a plan to sabotage Section 38(1) of Nigeria’s constitution which says, “Every person shall be entitled to freedom of thought, conscience, and religion… and… to manifest and propagate his religion or belief in worship, teaching, practice, and observance.”

Recalling the joining of Nigeria to the Organisation of Islamic Countries by military dictator Ibrahim Babangida in 1986, some Christians are suggesting that what has been described as Kaduna State’s anti-preaching bill points to el-Rufai as another node in the plan to Islamise Nigeria.

El-Rufai’s sympathisers argue that because he is a friend of Pastor Tunde Bakare, of the Latter Rain Assembly, he cannot be counted among the persecutors of Christians. He cannot be absolved merely because of his association with Pastor Bakare either.

Police failure to investigate Otobo’s claims of money transfers, attempted abortion, “sextings,” hotel check-ins, and travels, with Suleman is baffling. It is better to confirm her allegations, or exonerate Sulaiman- publicly.