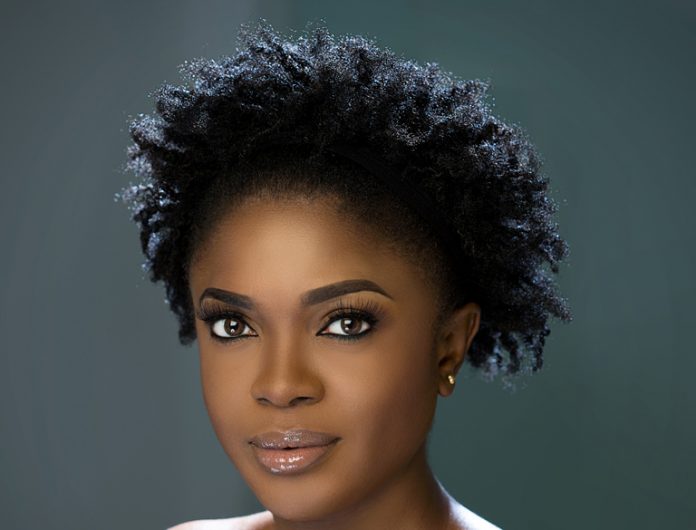 Yesterday, Omoni Oboli was forced to cancel her Okafor Law movie premiere because of a court injunction.


Sometime in September 2016, she was accused of copyright infringement for the Okafor’s Law title she gave her movie, by a Canada based writer, Jude Idada. The Nollywood actress Omoni Oboli was also accused of stealing his story and idea for her new movie “Okafor’s Law.”

Yesterday, an injunction was issued which prevented Omoni from premiering and releasing her Okafor law movie until the case which names Omoni Oboli along with Dioni Visions and Filmone Distribution as the 1st, 2nd and 3rd Defendants respectively is settled.

Here is the moment Omoni broke down in tears and addressed her guests at the IMAX Cinema saying Okafor’s Law script and movie were created ‘100 %’ by her.

“I’m so honoured that you’re all here today, thank you so much. Thank you for honouring me, thank you for your support over the years, thank you for always being there when I call. It means so much to me, and I don’t take it for granted. ”

“Unfortunately, we can’t show the film. At 5pm, we got an injunction from the court not to show this film. I’m sure some of you heard some allegation sometime ago, but, my story, my script, my movie, was written 100% by me. You can take that to the bank.”

“What anybody says, what anybody does, it’s all a lie. I don’t know why this is happening, I work hard. ”

“It’s a shame that anybody would want to stop this. I mean, it has been a long process, we shot this movie last year, we have gone everywhere, we have put in so much money, publicity and everything, and some people are trying to stop it. ”

“God is on the throne and it’s fine. It will all come out in the wash. This is not going to stop me, I’m going to keep pushing. ”

Rema warn fans not to stir up industry rivalry in his...

honest micah - September 20, 2021 0
Rema has warned his fans not to stir up music industry rivalry in his name. The Nigerian singer took to Twitter today to address his...