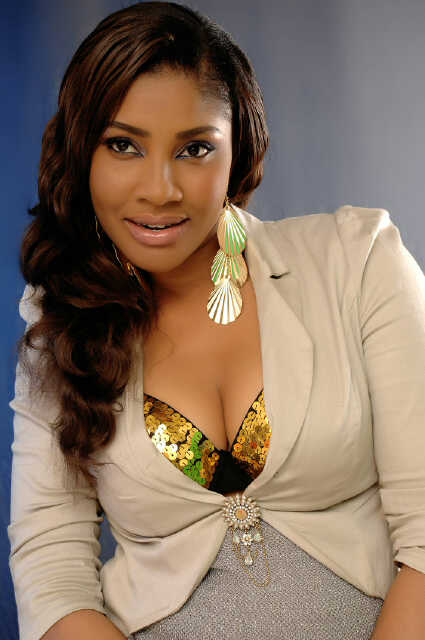 Nollywood actress, Angela Okorie, is indeed becoming more controversial than ever before. Last week, the mother of one took on the singer, Bobrisky, blasting him for developing the habit of applying make-up to attract attention from the social media community.

The actress is back in the news again. This time, she has responded to claims by popular US-trained journalist, Kemi Olunloyo, who reportedly accused her of benefitting from the alleged $11m the immediate past president of The Gambia, Yahya Jammeh allegedly ‘stole.’

Peeved by this allegation, the fair-complexioned actress took to her Instagram page to rain curses on the journalist.

She warned the journalist to desist from writing negative things about, saying “If you don’t stop saying ill things about me, you will die untimely.”

She wrote, “You wanted my attention, Now you can have it, I see your madness has gone to a different level, listen old witch, my Bible tells me not to suffer a witch to live, I noticed you are fond of attacking celebrities.

‘My case is different.’ I am here to warn you, if you don’t stop saying ill things about me you will die untimely. Since you love cursing, may it never depart from you.

You call women prostitutes, you shall die in prostitution, you will get drunk in your own blood and eat your own flesh bastard. “Listen I am too graced to be disgraced, not a mere ant like you can stop me.

You are too small, my God will punish you, from your generation to generation will suffer madness. You can’t bring me down for no reason, my foundation is very strong, for He that is in me is greater than he that is in the world.

I am a touch not entity. If you try to stop me I will crush you, don’t forget that I am an unstoppable moving train. I am ready for you old witch.”

For Adverts Placement Or Free News Updates, Contact Us On WhatsApp: 08083609209. Email editor@skytrendnews.com To Publish Your Articles.