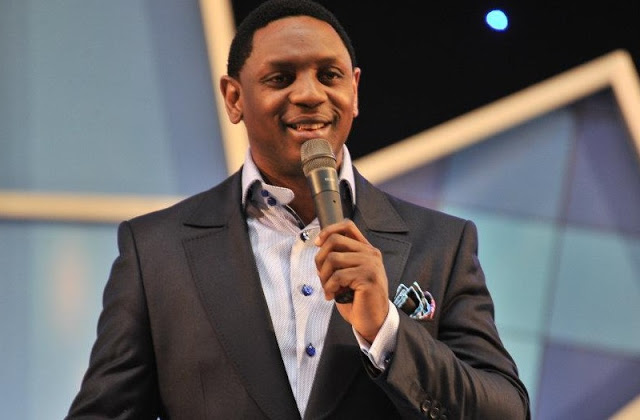 Pastor Biodun Fatoyinbo Of COZA Steps Aside Over Rape Allegations

Biodun Fatoyinbo, the senior pastor of the Commonwealth of Zion Assembly (COZA), has stepped aside from the pulpit of the church.

In a statement released on Monday, he said the move was the advice of his mentors.

Mr Fatoyinbo, who is also the founder of the church has been a subject of public derision since Friday morning when a video interview in which a woman, Busola Dakolo, accused him of raping her, was published online.

Nigerians have expressed enormous support for the Dakolos for their courage, and calls for Mr Fatoyinbo’s arrest and prosecution have also intensified on social media. He has also been asked to step down as the Senior Pastor of the Church.