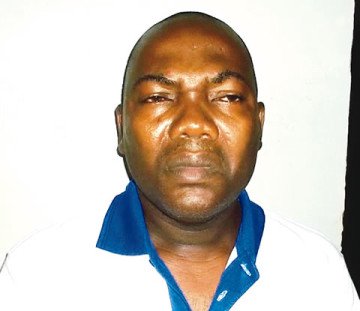 There have been several covert reports in the past about students of higher institutions being sexually harrassed by their lecturers either for marks or for other reasons. Unfortunately most of the cases are being covered either by the victims or by the institutions. However lately, more students who have been victims are coming out and exposing the randy lectuerers.

Read Below the confession of one of such lecturers who was formally with the University of Lagos. His name is Dr Afeez Baruwa. He was accused of raping a 17-year old potential student of the institution who came to him for help in gaining admission to the school. He gave this account in court few days ago. Long but wirth the read as it’s very interesting and full of lessons.

In the early hours of July 23, 2015, the father of the young lady dropped her off at my home and we both left for university for me to resume work and also to help her with admission.

We arrived Unilag at 6.05a.m., and we went down to my friend’s office where I use as my study room as well as supervision contact.

In the office, we were talking generally; then I offered her tea or coffee, she settled for coffee and she made it for herself. All this while, the door of the office was open and there was no way I could put on the air conditioner.

She told me that as a result of the coffee, she was feeling hot and that I would need to shut the door. I responded that it was too early in the morning (before 7a.m.) for us to be alone.

She told me to lock the door that after all, she was mature enough, and I did. After that, she picked up a textbook to read. She sat on a single chair while I sat on a three-seat chair.”

I fell asleep but was woken up after about 20 minutes by the fondling of the girl.

Her hands were all over me and I woke up and I looked at her. By then, she had already removed the buttons of her blouse and I did suck her breasts.

She said she needed to pull her white shirt so that it will not be stained and she had her jeans trousers on. We were romancing each other in that position.

She told me that she wanted me to have sex with her and I replied that there was no way I could practise unsafe sex with her; this was some minutes past 7a.m. .

She sucked my penis and I thereafter released, and around that time, one of my students came in, but we had dressed up.

After the sexual contact, we both went to the Commercial Center in the institution to make enquiries about her eligibility to study mass communication with her UTME score of 211. However her score did not qualify her to write post UTME, and I advised her to apply to study English with the score.

We left the Commercial Center and she went to see some friend and later came back to my office to say farewell.

She offered to give me a hug as a sign of appreciation and I obliged her. When we hugged, she moved her hands toward my penis. This was a few minutes after 10a.m.

There were a lot of students outside the office, they sat around the stairs waiting to go in for the next batch of lectures. I told her to be conscious of the students that were outside.

She threatened to shout and create a scene if I refuse to have sex with her and I told her like I did early in the morning that there was no way that I could have unsafe sex with her and she told me to look for a condom.

I was scared because I noticed the desperation in her. I left her in the office and went downstairs to look for a condom. When I returned, I locked the door and turned the other way to wear the condom.

When I turned back to meet her, she had already removed her jean trousers; that was how we had sex. About 10 to 15 minutes later, she told me that she was okay.

I teased her that she was self-centred because I was yet to release. I put back my clothes and went to the toilet to clean myself. We stayed in the office for another 20 minutes before I saw her off to the bus stop.