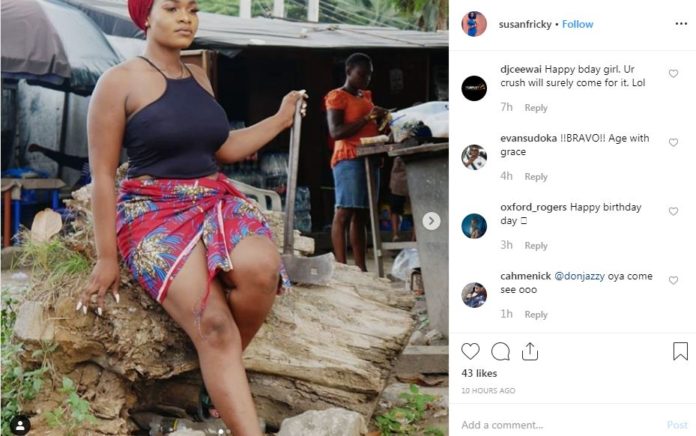 An upcoming nollywood actress Sussan Fredrick, took to Instagram to celebrate her birthday, saying that although her virginity is still intact, she cannot sell it for 20 million, but that she is offering it free of charge to Don jazzy on her birthday, today.

‘Wao! Happy Birthday to me, God’s Grace keep me going, and I still keep it (Virginity) intact, even 20milion won’t make it happen soon, Uncle #donjazzy my crush u can have it anytime, if that will make you marry this year. 😂

Of course reactions, see some below;

djceewai: Happy bday girl. Ur crush will surely come for it. Lol

kojuabimbola: Happy birthday to you live long and prosper