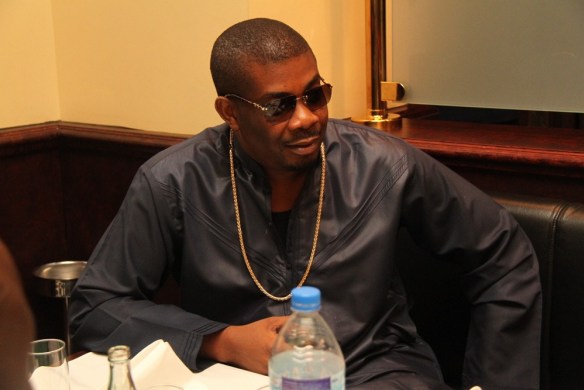 Music mogul, Don Jazzy has on a recent episode of “Street Hop” on Hip TV disclosed why he is yet to get married.

The Mavin Records boss said that he is still single simply because there are lots of amazing people and he is not sure of which one to go for.

Talking about his bachelorhood, he said:

“There are a lot of amazing people, that’s why I can’t pick one. It doesn’t have anything to do with my status. I have trust issues but I feel like even if I wasn’t Don Jazzy, I probably would be the same.”

It is interesting to note that his revelation is coming just days after he took to his Instagram account to tease his followers that he now has a girlfriend.

Moving from his love life to speak about business, the music producer also spoke about artists who back out of music deals with his label. According to him, he has learned to move on in the face of the fast-growing nature of the country’s music industry.

“The Nigerian music industry has come a long way. We used to get sentimental about these things and some still are. Unlike when it used to take everyone unawares, people have gotten used to it, I’ve been through almost every scenario you can think of in the music industry. It’s not the end of the world. You get to realize that these things happen. If you get to a point where you feel you can do it by yourself, then why not?”I don’t really want to be with anyone that doesn’t want to be with me. My contract is the only contract in the world that has the clause ‘the moment you’re tired, you can go.’”