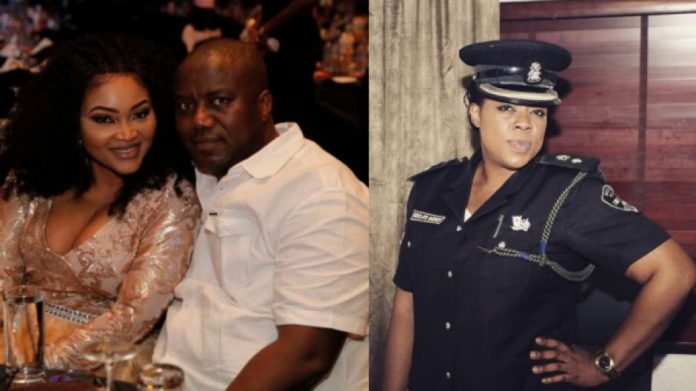 Mercy Aigbe’s ex-husband, Lanre Gentry, who reacted to a post by Zonal Police PRO, Dolapo Badmus, accused her of being the ring leader of actresses who live fake lives in Nollywood.

Dolapo Badmus who shared an inspirational post on people who lead fake lives on social media, recounted how she met someone aboard a flight taking pictures of himself in first class.

Oga madam police as a ring leader, who use to carry banner with all your fake nolliwoodd friends ,Madam Dolapo you know them very well ,some of them are in Qater ,and you know that they are living fake life in overseas.

Dolapo Badmus on her own part asked him to stop hiding behind his keypads and mention names. She wrote in response to the comment;

A quick check revealed that Lanre Gentry’s comment, might be coming from the grievances he holds against the police spokeswoman who joined his former wife and some other Nollywood divorcees in a placard carrying war against domestic violence last year shortly after his domestic violence saga.