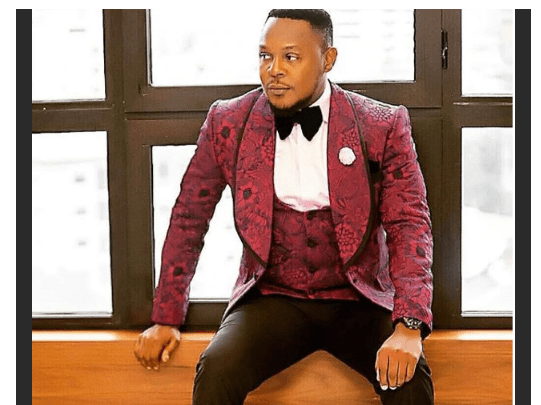 Femi Jacobs has talked to Pulse Nigeria about the kind of roles that make him nervous, characters he would love to play someday, particularly tough moment and some of his upcoming projects.

He talked about this during an interview with Pulse for his upcoming event “Spirituality, Creativity and Clarity.”
According to the actor, who is popular for his roles in “Tinsel” and “The Meeting”, he is always nervous about characterization, the kind of material, what it would make him do, and the commitment of other people involved in the project.

He also talked about his love for coming-of-age stories which he says he would probably get to tell as a director.

Read full interview below:
On the kind of roles that make him nervous
I get nervous everyday about characters because strange things are being written in Nollywood everyday. I don’t know how other people see it, but I have never thought that Nollywood was an economic plan for me.

It’s a privilege, and the way I entered as well was good because I was able to come in through a film like “The Meeting” that was quite an intense and personal story. It’s a story that has depth socially and it let me be the kind of actor that I wanted to be. I’m grateful for people like Mildred Okwo, who actually guided such a story.

That hasn’t changed. Whether I am doing comedy, thriller or action, I am involved. So when I read a script, I want to be in it, so I am kind of nervous about the kind of material, about what it would make me do, about the commitment of other people involved.

Because sometimes you go in there feeling intense. I remember there was a time in 2003, it was Nse Ikpe-Etim and I, we were working on a particular material and both of us had ideas on how we could deepen it to make it better, and the director said to us, ‘just act this thing, just act.’

It can be heartbreaking. Also, nervous because you want everybody else to have the same commitment that you have. So of course, I am nervous about characterization all the time, because I take it too personal. I’m just an intense person.

On roles he is yet to interpret as an actor
Some of them are already late, you know you have acting age range. I want to tell stories that bring light and authenticate stories of other people. I watched a film, “A Beautiful Mind” by Russel Crowe, It sort of let me see that sometimes you’re at odd with your world. That story had layers and layers.

The story that I would have loved to be in is a story that is a coming-of-age story. I love coming-of-age stories because it challenges the makers to think deep because they have to tell it as truly as possible. But, I have already come of age so perhaps, it’s a little bit late now. So if I can’t make it as an actor, I would probably make it as a director.

That’s a story I would really love to tell because young people need to see some of these things; the nuances about life. They would still come to know it, eventually, but there’s a restlessness they feel, there’s an anxiety that nobody is addressing and helping to say that, ‘Look, you’re growing, you’re going to be alright.’

On particularly tough moment as an actor in Nollywood
They happen from time to time. Unfortunately, acting is not a place for hustling. The art, generally, isn’t a place for hustlers. But I understand it. Those are my sad moments. When I get into set and there’s not enough time, commitment to craft something nice – and this happens almost every time – the material isn’t mature, we haven’t re-imagined the script, we haven’t created the characters well, we are just there.

And I know that our audiences deserve more, but I also understand that, ‘Hey, this is the reality.’ People get two million, three million, five million, they want to make something [and] turn it over. But art is not for things like that. I am hoping that changes, but that is always a very tough moment for me.

On upcoming projects
Right now, this year, I have only done about three films and there’s a reason for that. These [Rise Platform and Book] obviously has occupied my time and energy. I started finalizing this book since October last year. So I sort of took time out to write, edit and design.

I believe that there are many films that I have done before that are not yet out. I could roll out like 10 titles, but I will wait for the producers to release them. One film I think people should watch out for is “Three Tramps and the Law”. I made that last year, it was produced and directed by Yibo Koko.

Another film is “Mary Magdalene”. I did that with Rita Dominic [and] it’s supposed to be released soon. They are really good films that I look forward to really really making noise about. I am still going to be on set end of July and also end of August, into September.

During this interview with Pulse, Femi Jacobs also talked about why there are ‘bad Nollywood films’ in cinemas.