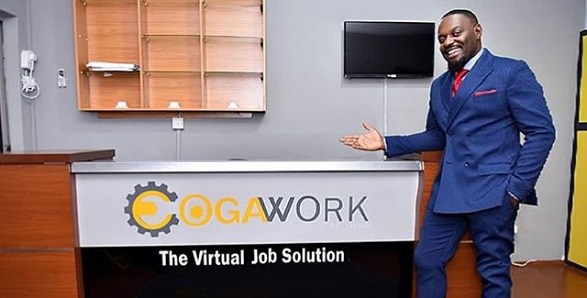 Nollywood actor Jim Iyke has joined the league of the tech-prenuers in the country after the launch of his new app Oga Work.

Oga work virtual application provides users with the opportunity to locate artisans who can render any kind of service within their locality anywhere in the country. READ ALSO! “Kanye West Stole My Idea” — Nigerian Rapper, M.I Abaga, Cries Out

Reports say the app known as ‘Oga Work’ is especially designed for artisans who have a passion for their crafts but do not have a space or a store but crave for their services to be offered to end users.

According to Jim, the innovative idea of the app is to solve the issue of unemployment in Nigeria.

“It is an app where one can get artisans to render any kind of services. The app is specially designed for artisans who have a passion for their crafts but do not have space or a store and needs one to take their service to end users”.

The feisty actor also added that no matter what the skill involved, so far as it is legal, their job as the intermediary is to find an end user who needs the services of the artisan.

Oga work is poised to serve as a major competition for the leading Classified Ads websites in Nigeria as Jiji, OLX and the likes.