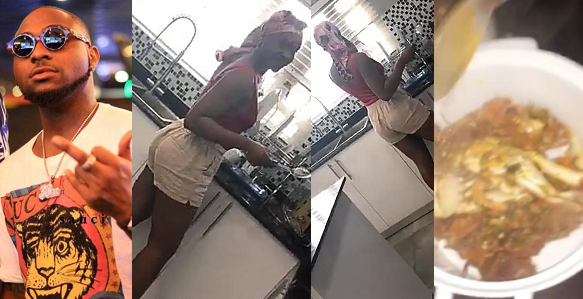 Chioma Roland, an undergraduate student in Babcock University who kissed fame earlier this year after her relationship with Davido came public has allegedly dumped her education for her lover. It was gathered that her devout Seventh Day Adventist parents are pained about their child treating her celebrated love affair with the superstar singer as top priority over her education. They want her to finish up with her studies before thinking of becoming Davido’s housewife.

The love struck girl who gained admission into Babcock University (a Seventh Day Adventist school) to read Economics in 2012 is yet to graduate, when she should have completed the course since 2016.

According to a reliable source, Chioma’s father, who is a devout Seventh Day Adventist is not particularly pleased that his daughter has not been serious with her studies.

It is public knowledge that Chioma and Davido are already living like they are married. Wherever there’s Davido, Chioma is sure to be there. It also reported that Chioma once skipped a whole session because she was travelling around with Davido and had to defer her studies.

It was further gathered that her father has had a strict talk with her that she must finish school before embarking on any marriage plans.