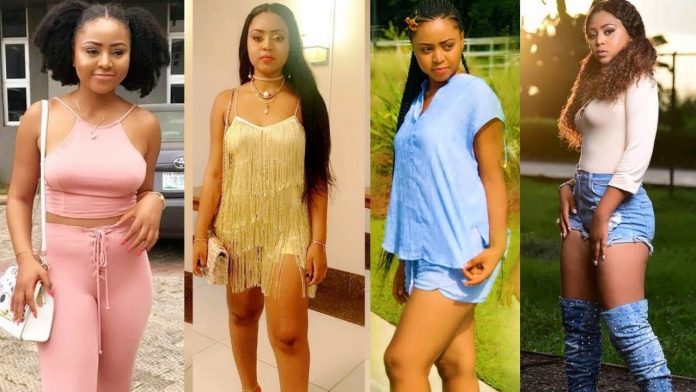 Nollywood teens actress, Regina Daniels recounts how a boy selling cherry asked her out and refuse to collect money from her. 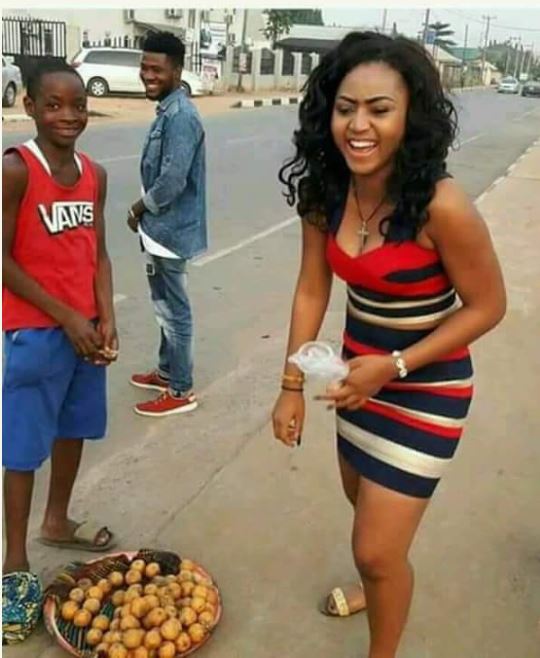 Regina Daniels with the hawker wearing a red singlet

The 17-year-old actress and student of Igbinedion University, Okada in Edo State is not only beautiful, but she is also talented and classy.

A random boy on the street didn’t hide his intention to make her his girlfriend even when he knows it’s a wild thought. The cherry hawker refused to collect money for the fruit he sold as he offered to be paid in kind.

“Abeg make una help me i bought Cherie from this small boy i paid him money he refuse and he said he’s going to collect the money on one condition if only i will be his girlfriend….can he carry my load?”