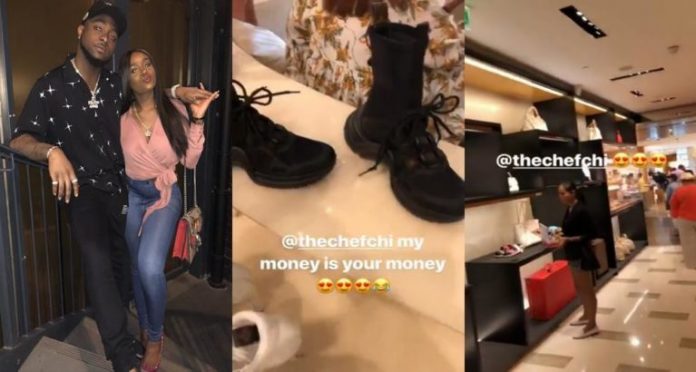 It is no longer news how Davido shows his love for his girlfriend Chioma.

Davido showed off photos of the items he planned to buy and also tagged his beautiful girlfriend. It could be seen that most of the items the singer showed off were female fashion items.

My money is your money.

He shared photos of bags on his story Photo source: Iamdavido’s Insta story.