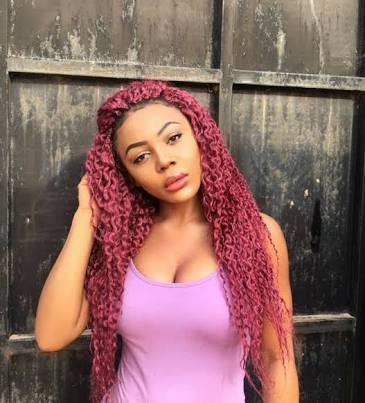 It seems like ex-Big Brother Naija housemate, Ifu Ennada is crushing on Don Jazzy as she desires to settle down with him.

It is no longer news that Don Jazzy is crushing on Amerian singer, Rihanna as he constantly visits her page to leave endearing comments.


This time around, after Nigeria was booted out of the World Cup, Don Jazzy went to her page to ask her not to worry over the country’s exit.

However, Ifu Ennada has now offered herself to Don Jazzy for marriage. She wants to settle down with Don Jazzy and wishes he stops pursuing Rihanna who in her understanding will not accept Don Jazzy’s proposal.

Don had written on Riri’s post: ‘baby our country is out of the world cup already anyways. don’t cry we will try next time.”

Replying him, Ennada wrote: “@donjazzy, come back home and marry me while I’m still available o. Leave riri alone, she no go look your side o.”

See the screenshot below:

READ ALSO! I Wept In Silence As I Watched Herdsmen Shot Dead My Mum, Dad — 18-year-old Student Who Lost Both Parents To Plateau Massacre

READ ALSO! How MKO Abiola Died, And Who Killed Him — Dr Ore Falomo, His Personal Physician Opens Up