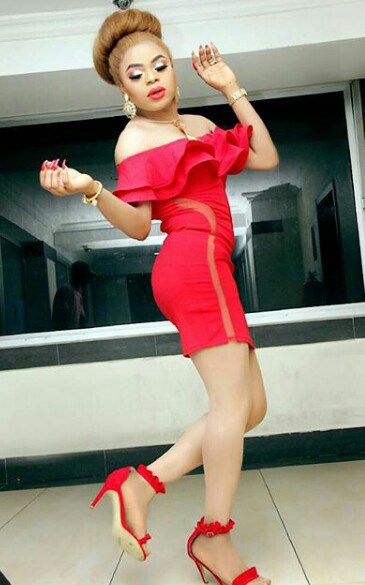 Bobrisky has been spotted rocking a red curve-hugging dress, paired with red high heels, and he sure is looking good.

Fully equipped to look like a woman, it appears there is no stopping for this young self acclaimed publicist

Check out the photos:

Bobrisky whose real name is Idris Okuneye is known for his somewhat crazy personalty and his cravings for feminine features and lifestyle.

Though caught in a series of lies, he remains unperturbed with a self esteem which appears to wax stronger each passing day.