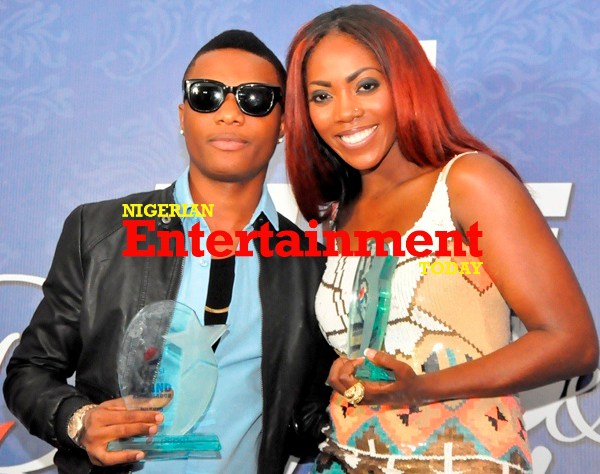 Wizkid who rarely responds to comments on his Instagram page(even from celebrities), was quick to respond to Tiwa Savage after she teased him of being jealous of her hot photos. This comes after he shared new photos moments after she did.

Despite no evidence to prove they are dating, their actions demonstrate a very close bond. If you recall, during her 38th birthday earlier this year, Wizkid,27 posted her photo four times with different captions addressing her as queen.