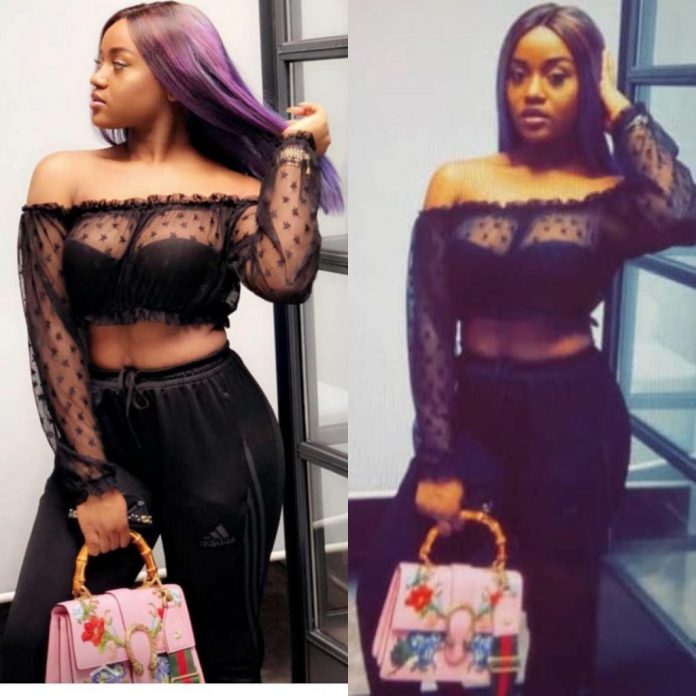 Chioma Avril became popular after Davido made his relationship with her public few months ago.

The professional cook ,Chef Chioma as she is known on IG, has always had a modest dress style until she became popular.

Fast-forward to now , the ASSURANCE baby puts her body on display in a sheer crop top which showed off her bra and bare belly.

Chioma captioned one of the photos, “Came through drippin (drip drip!!)🔥🔥😍#chefchioma #chefchi #chioma #davido #30bg #assurance.” She also shared a sweet video of herself flaunting her enviable curves and we can’t help but love her more.