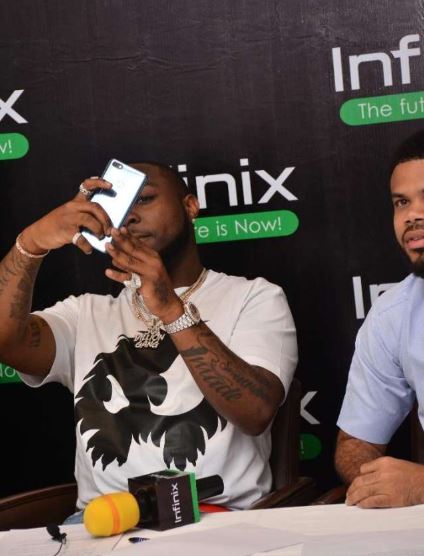 Despite being an ambassador of leading smartphone brand, Infinix Mobile, Nigerian superstar singer Davido has gone ahead to indirectly advertise his usage of an iPhone, a product of American multinational technology company, Apple Inc.

Davido abused his ambassadorial role at Infinix Mobility Limited by subtly announcing that he is using an iPhone which is a rival phone company to the brand he is reportedly being paid some handsome millions of naira to represent.
The 25 year old winner of the 2018 BET Best International Act took to the Instagram’s Instastory feature to insinuate in a short video clip that someone was snooping around his iPhone for which he recommended Apple Inc should introduce the feature of ‘electric shock’ to deter privacy invaders.
“Next iPhone we need electric shocker for unlawful entry of person phone” he posted yesterday on social media. 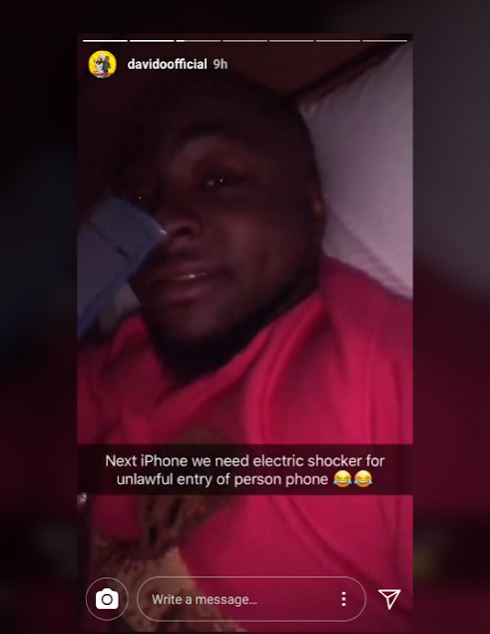 A screenshot of Davido’s Instagram post
With Davido’s 6.9 million followers on Instagram, he has created a free awareness for iPhone.
Regulations and ethics guiding ambassadorial roles of business brands demand that the individuals should never been seen directly or indirectly showcasing the products of rival brands while he/she is still under contract.
The popular insinuation is that even though the single father of two is representing the Infinix Mobile brand, he doesn’t find their products either attractive or worthy of usage. Checks by TORI NEWS revealed that Davido has also technically distanced himself from the Infinix Mobile brand by not sharing any visible content about it on his Instagram page.
Although, Davido’s detrimental action might be unconscious, the leadership of Infinix Mobility Limited is expected to frown at his Instagram post.
It would be recalled that the smartphone brand in Nigeria, Infinix Mobile had announced the prolific music artiste as its brand ambassador at a colorful ceremony which took place in Lagos State in May, 2018.