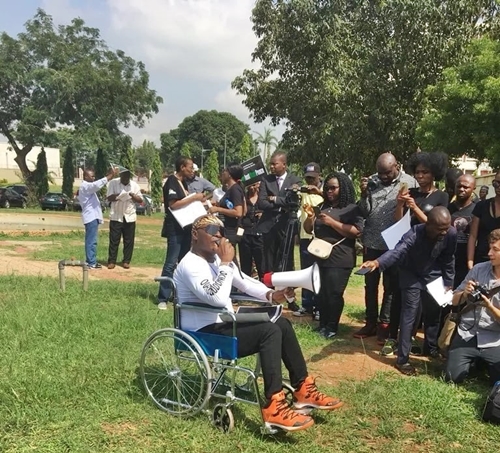 Charly Boy and other Civil Rights Activists march to Aso Rock over killings across Nigeria
Nigerian human and civil rights activists in their hundreds are currently marching to the nation’s seat of power, Aso Rock Presidential Villa, to demand the end of killings allegedly by herdsmen across the country.

It was gatheted that peaceful protest is an initiative of a coalition of young Nigerians promoting good governance and citizen engagement under the name, “Enough is Enough Nigeria”. 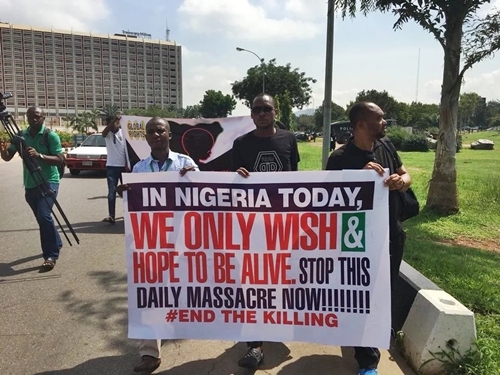 Prominent civil rights activists spotted at the protest includes; Charles Oputa (Jnr) also known as Charly Boy and Deji Adeyanju of the Our Mumu Don Do movement; Gbenga Sesan of Paradigm Initiative, Aisha Yesufu and Maureen Kabrik of Bring Back Our Girls group.

Also spotted at the march is media personality and budding politician, Mr Jollof, who has been very critical of the government. 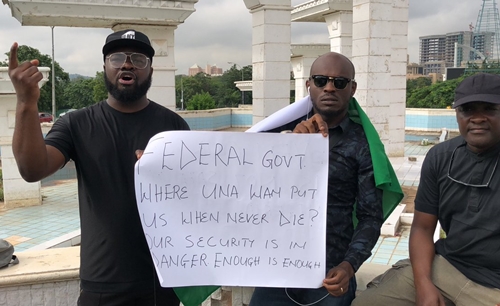 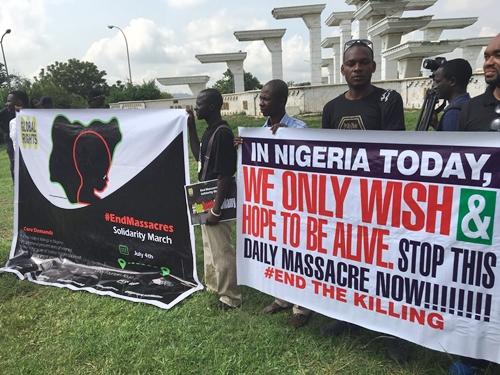 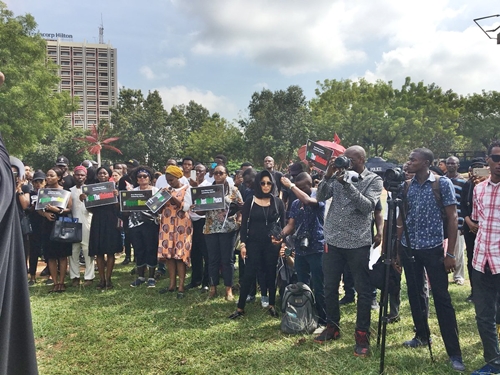