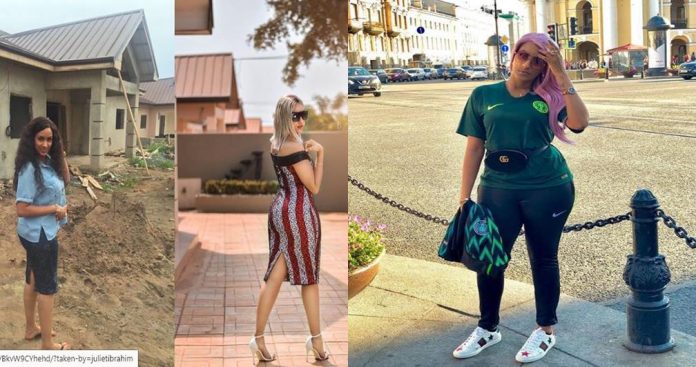 Ghanaian actress, Juliet Ibrahim has shared a before and after photo of her newly completed house in Accra, Ghana.

The actress shared a bit of her grass to grace story on how she rose from being a refugee from Liberia to becoming a star actress.

“It started as a dream, tirelessly working from one set to another; filming over 6 movies in a month just to make a living.

“She recalled how her immune system will break down and her loved ones would ask “can’t you just take time off and rest?” Just like every girl, She had a dream, She wanted to accomplish her resolution set out before she turned 30!

“In April 2015, Juliet bought her first house as her 29th birthday gift. ‘I’m extremely grateful to God Almighty who has been able to allow this nobody be a somebody! ‘Says Juliet.

“Many don’t know what being a refugee is like; literally she had nothing and had to start from scratch to get to where she is today. This is just the beginning of many more blessings to come because whatever you believe you can achieve. Time and hard work makes a difference! #NeverGiveUp #Testimony #MisFitToHero #OSG @olorisupergal @thetosinajibade”