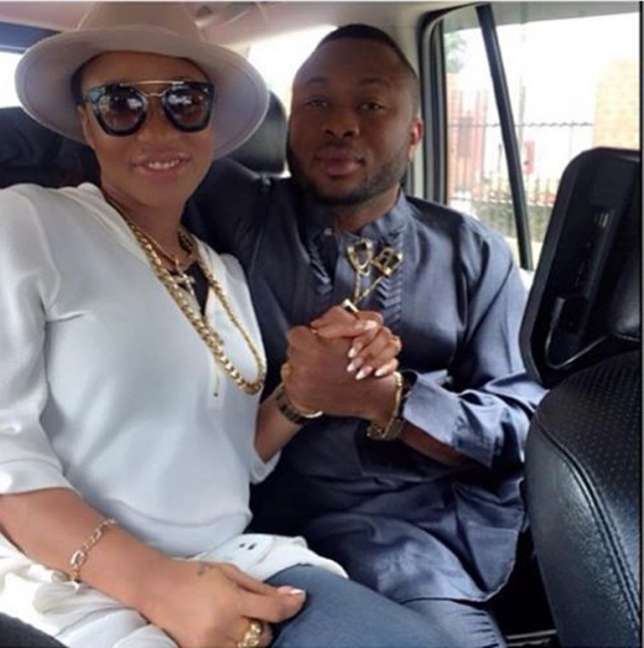 Some few weeks back, you can recollect that popular actress Tonto Dikeh, mentioned that she has remained celibate ever since her break up with ex husband Oladunni Churchill.

She caught everyone by surprise when she announced that she has not engaged in any sexual activity since her marriage ended as a result of her relationship with God.

Tonto has however not stopped dropping hints that she is ready to mingle, especially since she now has a gorgeous and enhanced body to show off to any man.

Earlier today while the weather blazed, the actress posted that she desperately needed a cuddle! This is so understandable considering the fact that winter came early in Nigeria.

“I want to cuddle” she posted. And some of her fans have told her to cuddle with Jesus and some evenb gave tips on what to do while missing someone to touch.

Read their reactions below:

*** You can cuddle me…maaam…..I am sending you mine now via your DM….remain blessed

*** Cuddling does not necessarily have to be with a man, it can be a sibling, a parent or even a friend. Nigerians don begin think otherwise. Hmmmm God bless us all.

*** Me too……have been through so much emotional that am using my last strength to hold on, nobody to really talk to