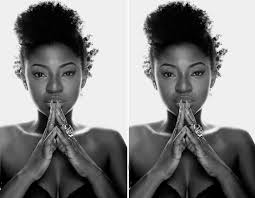 Nollywood actress, Yvonne Jegede has joined several Nigerians and celebrities to react to the Lagos tanker fire which claimed lives and vehicles yesterday.

She specifically called on the governor to fix it!

“I log out of social media for a while and come back to see this. I was going to say “pray for Nigeria” but THIS IS NOT A SPIRITUAL PROBLEM nor A NATURAL DISASTER. This is negligence on the highest level and it is not acceptable. No not acceptable at alllllllllllll.

We keep praying and the people we should hold responsible don’t even give a hoot about us or our prayers. Anyone of us holding our phones or reading this could have been a victim just like everyone who was going about their daily activities yesterday on that #OtedolaBridge.

Aren’t you sick of these unending death tolls? I am. I AM SICK. What laws will @akinwunmiambode set to eradicate these tankers on the highway.

There are tons of them in Surulere, Apapa and many other places (imagine this happened in Surulere where houses aren’t far of these bridges). Brother @akinwunmiambode edakun, we plead you stop using us for sacrifice and get rid of these tankers.

The massive bus terminal in Ikeja that took millions of Lagosians money that isn’t functioning could have been used to fix a mass of land to contain these tankers.

I beg help us sir. These killings aren’t spiritual, Nigerians it is time to take physical action. Enough of these pray for pray for. Take action. #BlackThursday #LagosWeeps #NigeriaWeeps”