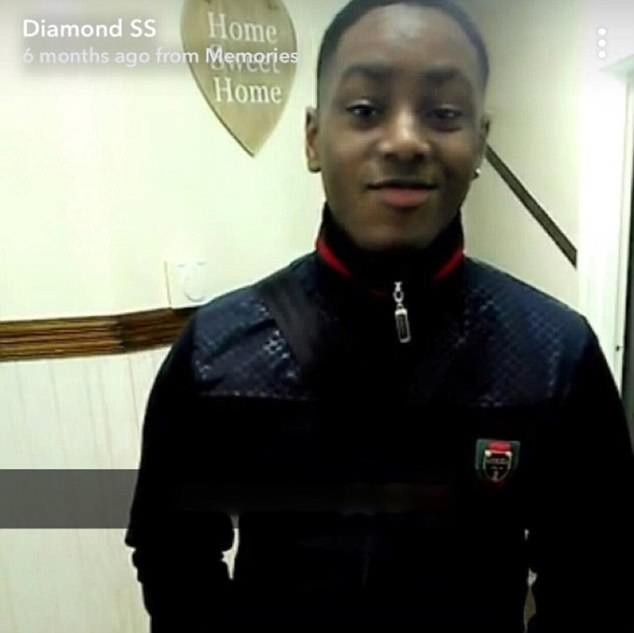 Jordan Gbolade Jaiyeola , a young rapper who performed drill music under the name Young Valenti and was known locally as Jordan Douherty died after he was beaten and stabbed by more than five attackers after fighting broke out when up to 100 youths mobbed the event.

According to reports, Gbolade died at the scene.

In a statement by the Scotland Yard Police, they confirmed that they have arrested a 16-year-old. He was picked up on Wednesday morning in Newham, East London, and taken to a police station.

Three other teenagers aged 15, 16 and 17 who were held at the scene on suspicion of murder have been released under investigation.

A post-mortem examination found that Jordan, from Grays, Essex, died from hypovolemic shock caused by a stab wound to the left ventricle of the heart.

The 16-year-old boy has been charged with the murder of the 15-year-old Nigerian rapper Jordan Gbolade Jaiyeola who was killed outside a birthday party in Romford on Saturday.

Speaking about the incident, Metropolitan Police Chief Inspector Larry Smith said: “We believe that this birthday party was advertised on social media, resulting in a large number of people attending.

‘A number of people were escorted out of the community centre and this led to a fight breaking out, and, tragically, Jordan receiving fatal injuries.

‘A bus driver who was assaulted received his injuries as a result of refusing to take a number of partygoers who wanted to leave the scene.

‘Response team officers who attended the initial calls were confronted with up to 100-plus youths and I would like to directly appeal to those present to contact police about what they saw and heard to help my team build a clearer picture of what took place.

‘Equally, if you have video footage or images of the violent aftermath to the party, we need to hear from you.

‘We are also aware of reports circulating that Jordan was involved in “drill music”. We are exploring all lines of enquiry to piece together what led to him losing his life, but there is no evidence at this stage that this was a motive.’