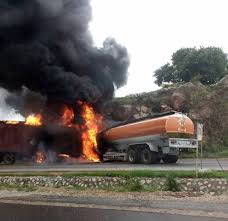 A fuel tanker burst into flames when it collided with a trailer at Maje, along Minna-Suleja road on Friday, June 29, 2018.


According to a report by The Punch, the spokesperson of the Federal Road Safety Corps (FRSC), Bisi Kazeem, said officials of the agency supported officials of the fire service to put out the fire as both vehicles were up in flames.

It’s unclear whether there are casualties from the accident, but at least nine people were not so lucky when a fuel tanker exploded on Otedola Bridge along the Lagos-Ibadan expressway on Thursday, June 28.

Both vehicles were on fire before the fire service arrived on the scene to extinguish it.
See photos from the recent explosion below: 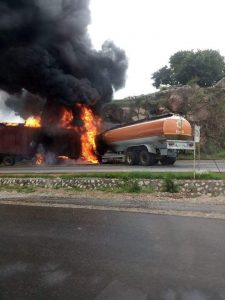 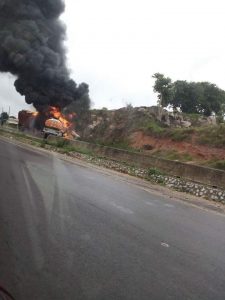 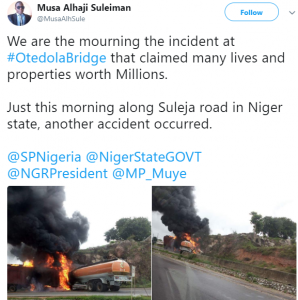