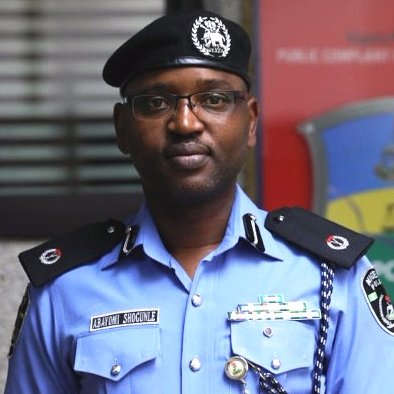 The Nigerian Police has stated that the murderers of the two young students have been arrested adding that what led to the death of the students was related to a disagreement in a Yahoo business.

The Lagos State Assistant Commissioner of Police, Abayomi Shogunle, has taken to his Twitter page to react to the rumour that the two OOU students who were recently found dead were killed by SARS operatives.

A young lady simply identified as Juliana and her boyfriend were missing for weeks after going out on a date, the boyfriend’s car was found with just her slippers inside, and after weeks of searching and investigation, their decomposing bodies were found inside a bush.

A Twitter user, @pamelasuccess opining in a deleted tweet that SARS officers were behind the killing of the young girl and her boyfriend. 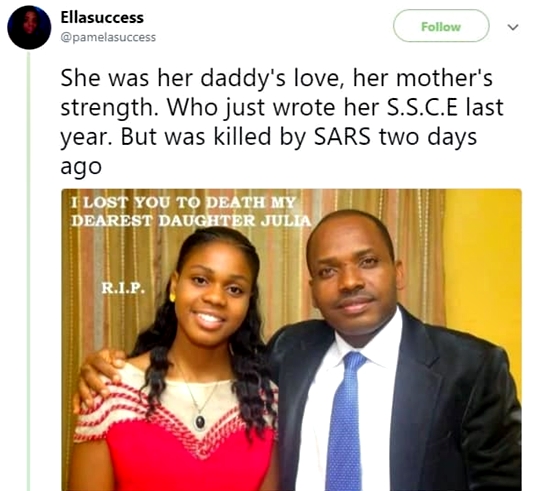 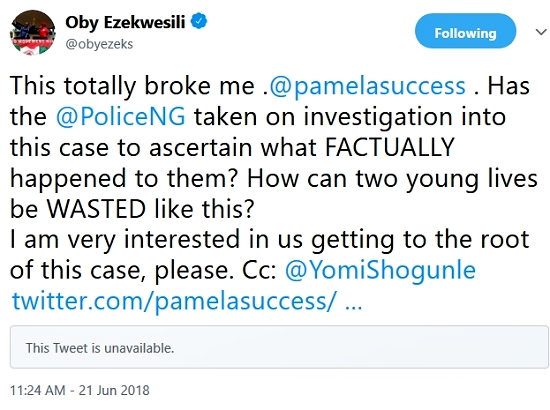 In a swift reaction to the claim, ACP Shogunle announced that the killers of the young lovers have been arrested and they are not SARS officers.

He disclosed that the killing was associated to a business deal that went wrong and he warned parents to advise their daughters to stop dating Yahoo boys.

He wrote; “A sad case. Those involved in this kidnap & murder case have been arrested by @PoliceNG IRT & SARS operatives. Suspects are not SARS as maliciously stated by •pamelasuccess. Motive is linked to suspected illicit business gone wrong. NPF will do a press briefing on the case soon.

In another Tweet, he wrote; “Warn your daughter/sister not to date a Yahoo/Gee boy. She could be a victim of the violence associated with her BF’s illicit venture or ingredient of Yahoo+ (juju). Parents of those already married to one, beg son-in-law to go legit if you don’t want to get a bad news.” 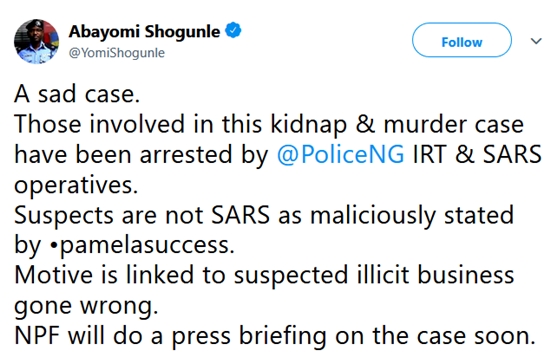 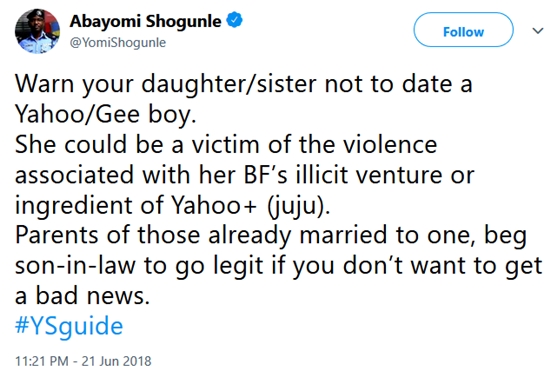