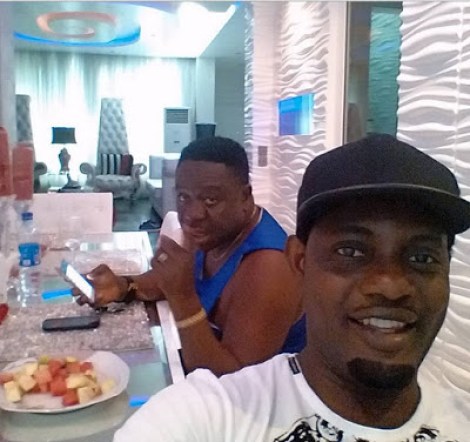 (NAN) Popular Nigerian comedian and movie star, AY Makun, has opened up on how Nollywood comic actor, Mr Ibu, inspired him to achieve greatness and success in his entertainment career.

The award winning actor from Ifon, Ose Local Government of Ondo State, but prefers to be referred to as ‘Warri Boy’ made this known on his instagram handle @aycomedian.

“Success is the fruit of personal effort plus support and encouragement from people like @realmribu Thank you boss.’’

However, AY’ crediting Mr Ibu for his success could not be far from the fact that Ibu who acted in over 200 films and got popularity, awards and endowments also came from a poor and humble background.<