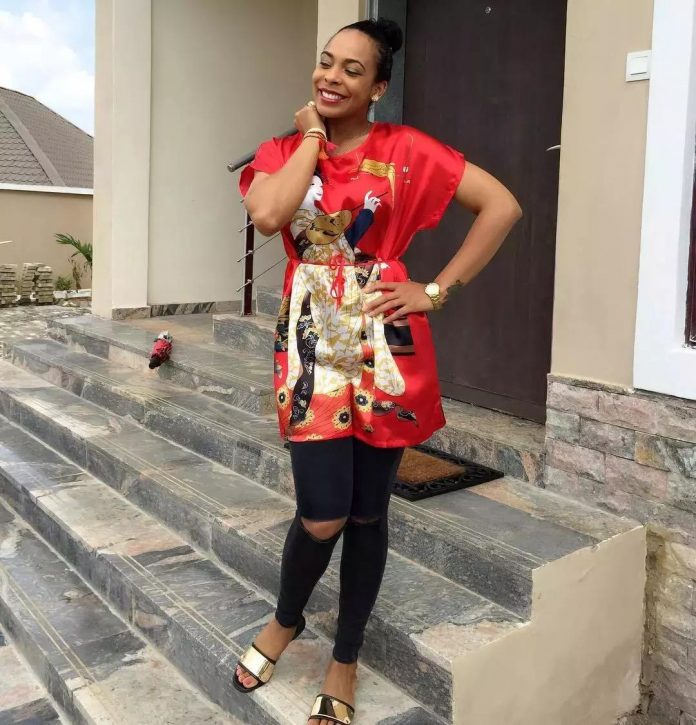 TBoss has finally spoken about the Kemen siťuation after her family requested for him to be alienated and punished, she revealed this in an interview with The Nation Newspaper.

When asked about how she feels now that Kemen said he didn’t assault her, she told The Nation: “Well, since he is saying that, he should just go ahead and actually say what really happened.”

She said she isn’t ready to reveal what really happened between herself and Kemen.

“See, since I got back (from South Africa), I haven’t slept. I had one hour sleep last night. My head is full with media interviews and so much running around. The last thing I want to think about now is the Kemen issue.

I didn’t like it and to be very honest, Kemen was a good friend. But I really do not want to comment about this right now. I am not ready. When I’m ready, I will speak about it.”

Read other excerpts from the interview below:

On her relationship with Miyonse and Jon

I knew Miyonse from Abuja when we went for the auditions. He was the only person that was familiar to me. I kind of like leaned into him. He was funny. We get along, you know.

Jon also was really nice. Jon is a really, really sweet guy. Was I passing away time? Big Brother house is a very strange place. But I like both of them.

I have the utmost respect for both of them. They were really nice to me in the house. What else am I supposed to comment about them? Was it a romantic? Miyonse told me he was in a relationship.

At the end of the day, he was there fighting for the money to go and spend on his girlfriend, not on me. And Jon, well, he’s not ready for a relationship, so, that’s all.

OK. So far, nothing has surprised me. About ThinTallTony, I always said it, Tony is a married man. He looks like a married man. He carries himself as someone’s father. I have always been saying that in the house.

I do not feel I’m an arrogant person. I’m sorry he has that opinion of me.

I read the comments. My people actually were afraid that I would get emotional and sad about it. But I’m not. I was actually quite amused when I read his comments about the ‘mango’ part. It was quite comical.

Why she exposed herself on the show

See, the Big Brother house is a place where you showcase yourself. You’re free to be TBoss. Whoever TBoss is, you show the world who T-Boss is. And in my own life, in my normal day-to-day life, I don’t like to wear clothes when I’m walking around in my house.

I didn’t do it out of boredom. No, I was just being myself and walking around without clothes… I didn’t go to the kitchen, you know, because, then, that is like really seeking attention or go out into the garden or to the arena. No, I didn’t do that.