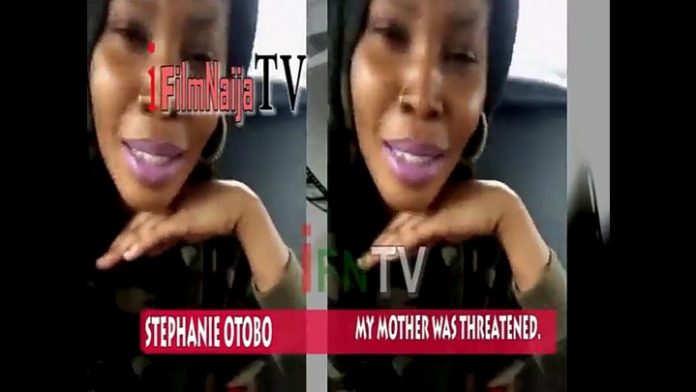 Canada-based Nigerian artiste, Stephanie Otobo has said her mother was pressured into disowning her in a video that went viral.

According to Otobo, her mother was arrested twice and threatened over her allegations against the General Overseer of Omega Fire Ministries, Apostle Johnson Suleman.


She made the statement in a video she recorded when she returned to her base in Canada.

She also shared audios clips of her mother recounting that she was bullied off the issue.

The voice purportedly of the artiste mother was heard saying she just wants the whole issue to be cleared fast.

See the video below.