(Metro.co.uk) A female teacher who had sex with three pupils said they made her feel good about herself.

Brianne Altice, who was jailed for up to 30 years, said ‘self-esteem issues’ led to her inappropriate sexual relationships with the teenage pupils.


The mum-of-two, 37, told a parole hearing: ‘They said this and that and made me feel good about myself.

‘So I justified everything. There’s no justification for it.’

She sobbed: ‘I clearly lost sight of all my values and my principles and was seeking inappropriate means to address my own issues.

Altice was described by one of the teens she abused as a ‘teacher with benefits’ as they continued sessions after she had already been arrested for under-age sex.

Her encounters with the teens behind her husband’s back included one in a church car park.

And pupils at their school reportedly had a running joke of ‘Who is Ms. Altice sleeping with now?’

She was arrested after one of the boys described tattoos on her body.

The 16-year-also gave cops an accurate layout of the house where he said they had intercourse at least five times.

Altice was arrested after he tipped off police in 2013 – and two 17-year-old students then came forward saying she had also been having sex with them.

Altice was arrested in October and accused of having sex with a teenage student. A preliminary hearing has been scheduled for Jan. 31, 2014. Since her arrest she has remained on paid leave as an English teacher at Davis High School in Kaysville, Utah.

She was fired shortly afterwards as an English teacher at a high school in Kaysville, Utah, and her husband filed for divorce and custody of their children.

Altice was jailed in July 2015 after pleading guilty to three counts of forcible sexual abuse.
Utah Board of Pardons and Parole Vice-Chairman Robert Yeates said some of the meetings with the youngest pupil happened during lunch hours.

He asked Altice: ‘Did you grasp the gravity of this?’
‘I do not believe I did,’ she replied.

Altice will never be able to teach again but reportedly has a job lined up at a legal service once she is released from prison.

She said she was taking responsibility for her actions.

‘These were my poor, poor decisions. I’m very aware of it now and I am very remorseful. I regret the decisions I made that brought us here.’

Sentencing guidelines call for Altice to serve a prison sentence up until January 2020. 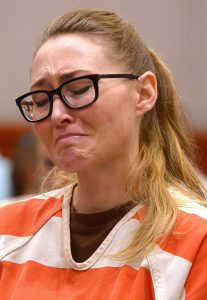 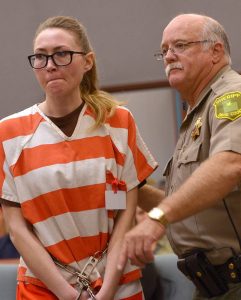 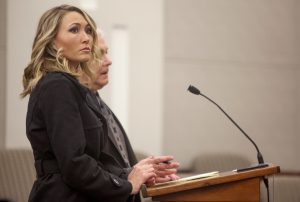 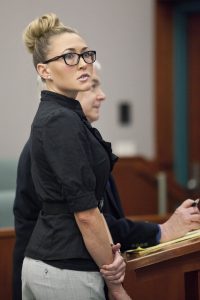 The Parole Board said it would decide in the next month how long she actually serves.