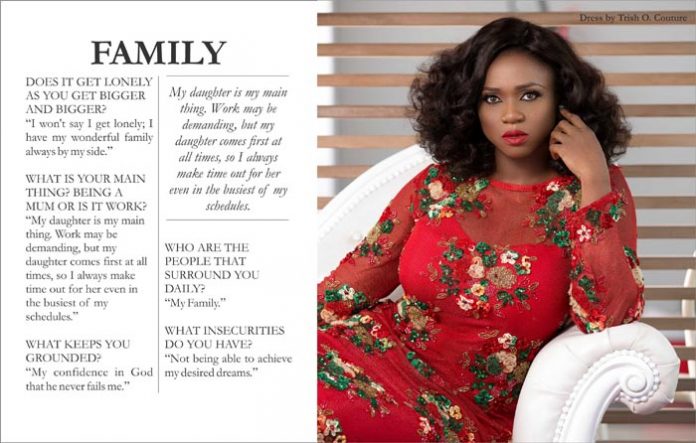 Renowned Nigerian singer, Waje, has recently shared the touching story of her life and how she was transformed overnight.

According to her, she would have ended up as a prostitute living in the slum with no hope of tomorrow and waiting to be killed by the next sexually transmitted disease, STD, she would have contracted as a result of exchanging her body for money.

She took to her Instagram page to recount her life experience while sharing her #freedom story. #freedomstory is a hashtag created by freedom foundation in a bid to transform lives in various communities.

She shared two different pictures of what she could have been and what she eventually turned out to be.

One she was a commercial sex worker with no hope for the future but she seized the opportunity given to her and now she is an award winning singer who gives voice to several people.

“I could have been that commercial sex worker with no hope for the future, living in the slum and wondering if the next STD I contract would end my life.

READ! Housewife Goes Unclad After Catching Her Husband Cheating With Another Woman (PHOTOS)

But because of the opportunity given to me, I have become an award winning vocalist and songwriter and a voice for generations, leaving an indelible mark in the music industry and my country. This is #MyFreedomStory .

Together we can transform more lives in our communities,” she wrote.